You can’t invent a sales culture!

Why for most the BDM model is failing!

Let me take you back to the mid 70’s with John Smith starting his first day of work. John has just landed a role as an Insurance sales person and this was a great job, the chance of making big bucks and a chance to be promoted. John made phone calls and knocked on doors because that is what all the top sales people did, and John wanted to become just like them. In the 70’s being a sales person was the goal of many an office-bound person.

Call reluctance hadn’t been invented yet so he made the calls and got the results. Some time passed and John was promoted to Sales Manager, but he still had a target and, guess what? He wanted a sales target because it felt good to succeed, and it felt good to make calls with his team.

Ten years passed by until eventually John ended up as CEO of the whole company. He picked up some qualifications along the way and learned the back end of the business but John still bled sales and growth.

Every day he looked to organically grow the business and built a team that could deliver on his expectations. The thought of buying revenue through buying competitor companies was alien to him – why would you do that? John has since retired and now lives between his holiday house and his boat. In John’s resume it said he took the company from a turnover of $25 million to $750 million without ever acquiring another company.

Let’s jump forward a couple of years. Superannuation has been legislated and cashed up superannuation funds have entered the stock market in a big way. They see shares as a wise place to invest with double digit returns. Many companies, which were once privately owned, have now become publically listed. No longer do the boards consist of wealthy family members who owned the company – boards are now selected by the shareholders and the shareholders are now primarily institutional investors.

CEOs with a business development background, like our man John, are no longer the norm, as the reporting requirements of the stock market mean that people from a University degree background were needed with many CEOs now coming from people in legal and finance roles. The requirement to be proficient in Lee De Bois sales training was replaced with the requirement of a Masters of Business Administration or equivalent.

The new type of CEO needs a new type of person to help them run the business and University degrees started to take preference over field experience or time in the job (experience). Organic growth skills have long been bred out of the company, and with access to easy, cheap cash it is easier and quicker to buy growth by acquisition than to grow organically. You know the rest of this story – it is where we are today.

Organic growth is like an incurable disease that takes years to incubate. You can’t suddenly catch it and you certainly can’t fake it. There are severe symptoms – like always talking about growth; like never ever giving up or continually trying to take your competitor’s clients. People who have the disease look to employ like-minded people who also have the disease and before you know it everyone in the company is infected. They begin to focus as one group on a common goal – they take market share, they invent strategies, everyone is accountable and everyone loves it. It’s a culture, it’s a DNA, and it can’t be bought.

So what is my point? I see companies realise that they have to grow, and some can no longer buy revenue because the debt is no longer sustainable. The team is told they must start to live and breath organic growth and that will become our culture. But culture comes from the leaders and if it is not in the DNA of the leaders, how can you change the culture? Sales managers can drive the culture of their people but can they single handedly turn an organisation’s culture??

There are still entrepreneurs that build companies from scratch and grow them organically, but few now work in corporations – they build companies to sell to corporations. Is it time again that leaders need to lead their troops from the front like the generals of old. It is time again to revisit the wisdom (or not) of promoting the John Smiths of the world to lead again or has that ship sailed.

Why is Growth some damn hard! 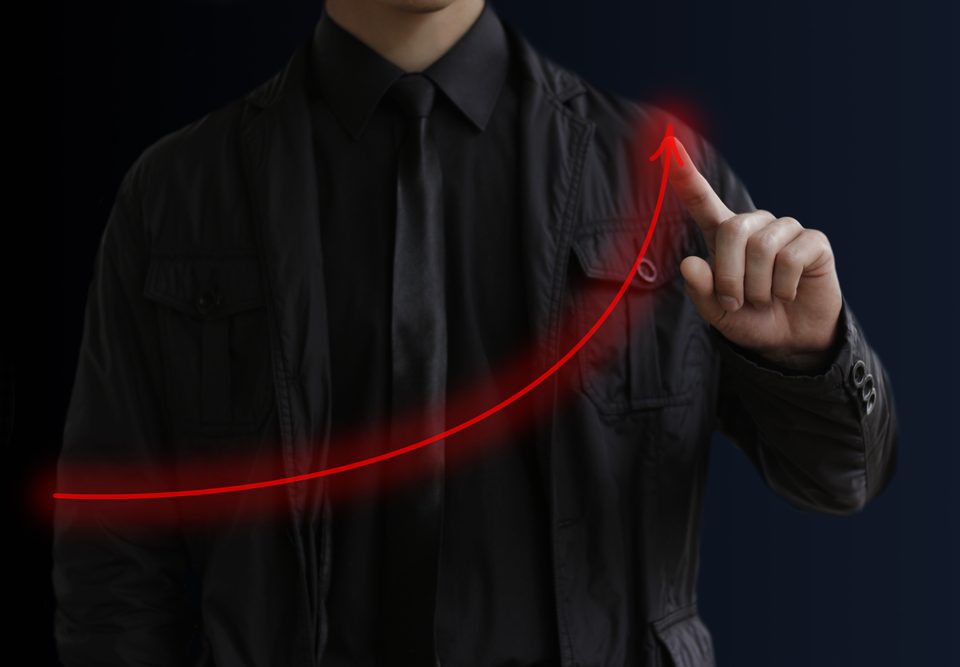 Is your growth strategy sitting in your laptop?